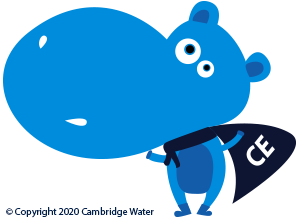 Captain Efficient is on a mission to help fight water wasting and banish water wasters for good. Leaky loos, running taps and half-full washing machines best beware - our aim is to make every drop count!

Leaky Lou is losing dribbles of water that can’t be seen. This not only wastes water, but money too. Our Leaky Loo strips help to detect a leaking toilet by fading or ripping, indicating that the toilet needs fixing. 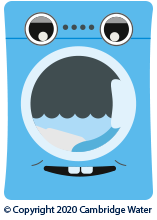 Half-full Harry is a washing machine that has been put on half full. Washing machines and dishwashers use just as much water when they’re half full as they would for a full load, so the extra water is going to waste.

Captain Efficient says: "Save water by filling your dishwasher and washing machine before you put them on". 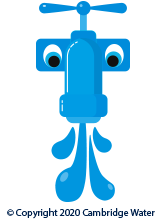 Runaway Ronnie is a running tap and wastes water by being left turned on. It’s important to remember to turn off the taps when cleaning your teeth instead of leaving the water running.

It’s also better to use the plug when washing your hands instead of leaving the tap running. 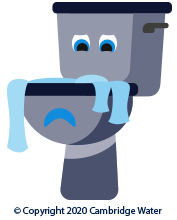 Dirty Girtie is a toilet that has been used to flush tissues and other rubbish, instead of putting them in the bin.

This wastes water every time the toilet is flushed and if too many tissues are put down the toilet, it could cause it to block.

Bath-full Bella is a bathtub that’s been filled right up. Although it might be nice to soak in a full bubble bath, it wastes a lot of water.

A bath with a small amount of water or a short shower is much better for saving water.